The SAT is more accepted among colleges than ACT.

NO! A common myth is that top-tier schools tend to prefer SAT over ACT. But in reality, all schools accept and look at ACT and SAT in the same scale. The preference of students to take SAT or ACT tends to rely on students’ resident states. The ACT is more popular in the Midwest than the SAT, considering many states in the Midwest require mandatory ACT testing. Students from the West or the East coast tend to prefer the SAT over the ACT. So, the difference in proportion of ACT and SAT scores among the accepted pool in top-tier schools is caused more by the personal preference of students rather than by the preference of colleges.

The October and December ACT/SATs are harder because more seniors tend to take them last minute.

NO! There were comparative studies done about the average scores from one testing month to another and October had a lower average than May. Thus, the rumors about easier testing dates started running wild. But these testing dates keep changing. Sometimes it’s December with the lowest average and sometimes it’s June. Any student might find one test slightly easier than the other. One section or even one question could seem easier. But that opinion is different for every student. So, don’t pick a date based on this myth. Instead, pick a date that best works with your schedule.

ACT is only for people who have a good science background.

NO! The ACT Science section tests your ability to read and analyze passages, charts, tables, and graphs. It is not trying to test your in-depth knowledge and understanding of all areas of science. While it does present passages and experiments of science fields like biology, chemistry and others, it is your reasoning and reading comprehension skills that will actually help you in this section (not your hard science knowledge!). P.S. The SAT tests your ability to analyze data and graphs too. It does so in a more hidden way by mixing it with other sections.

The ACT is “easier” than the SAT.

NO! The ACT is not necessarily easier, it’s just that the questions tend to be more straightforward. Students who take the SAT and the ACT with an equal amount of preparation for both tend to score equivalently on both. The SAT has a no-calculator section unlike the ACT. Most students, however, realize that the calculator is not really necessary even for the SAT section that does allow it. It is worth exploring both tests to see which one is better for you! You can prepare for both at Prepmedians.

You have to spend a lot of money to do well on the ACT/SAT.

NO! Sure, there are many test prep courses require you to spend a lot of money, sometimes even many thousands of dollars. And the cost is often positively correlated with the amount of time you spend. But it’s important to note that the ACT/SAT tests your knowledge gained from all your K-12 education. Most of the topics these tests focus on, like algebra, tend to be from earlier stages of schooling than later. So, none of the topics tested by ACT/SAT are completely new. Rather, they try to gauge how well you understand the fundamental topics. It is not worth paying someone thousands of dollars to have them reteach the content that you already know and waste hundreds of hours of valuable time in that process. Rather, your focus should be on reviewing the topics and finding strategies that would help you tackle the known but hidden patterns of the test. You will find a faster review of the necessary content and strategies, all taught through entertainment at an affordable price, at Prepmedians! 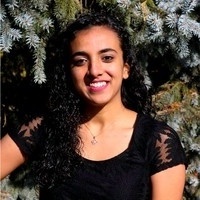 Sanjana scored in the 99th percentile on the ACT/SAT in high school and is currently studying Economics and Astrophysics at the University of Chicago. Fun Fact: I slipped and fell in my college campus 3 times within a day. (I really lack motor skills)